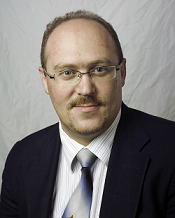 Born and raised in Saint Petersburg, Russia, David Blekhman moved to the United States in 1995. During his first year in the U.S., he worked as a carpet cutter and learned the English language. While dressed as a tradesman with a knife and measuring tape on his belt, David shared with customers that he would be starting graduate school within the next year. Most would smile and nod in disbelief.

Having already earned Bachelor of Science and Master of Science degrees in thermal physics and engineering from St. Petersburg State Polytechnic University in Russia, David began his doctoral studies in the fall of 1996 at The State University of New York at Buffalo. By the time he graduated in 2002 with a Ph.D. in mechanical engineering, David was focused on becoming a professor.

His first job was at Grand Valley State University in Michigan and, in 2007, he moved to California State University, Los Angeles, where he currently serves as a Professor of Technology, among many other titles. In 2011, David was awarded his first Fulbright grant to teach and conduct fuel cell and hydrogen research in Saint Petersburg, Russia, and he went on to be selected as a Fulbright Distinguished Chair in Alternative Energy Technology at Chalmers University of Technology, Sweden, in 2019. David delivered his Fulbright inaugural lecture on Nov. 8, 2019, and attended the 2019 Nobel Prize Ceremony, both highlights of his experience through the Swedish Fulbright program.

Let’s get to know David!

To learn more about David and connect, visit his member profile within the Phi Kappa Phi online community here.

The ΦΚΦ Member Spotlight gives members the opportunity to share more about themselves and how they have benefited from membership in the Society, and is a great way for members to learn about each other and connect with others who have common interests and goals.

Would you like to be featured, or is there someone you would like see in the spotlight? If so, email Jamie Chapman, membership director, at jchapman@phikappaphi.org. Be sure to include basic information for nomination.