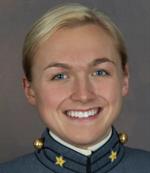 Lt. Kalei Hering is a recent graduate from the U.S. Military Academy at West Point with a Bachelor of Science in life science. She graduated with an impressive 4.0 GPA from one of the most competitive colleges in the world. Hering is a Rhodes Scholarship finalist and a Barry Goldwater scholar. She successfully balanced playing rugby with taking an average of six courses at a time, performing her military duties, leading activities on campus, participating in extensive community service, presenting her research at symposiums and completing three internships, including one at Walter Reed National Military Medical Center. Hering will be attending Harvard Medical School for her M.D. 1 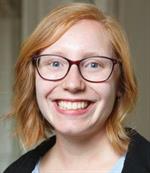 Amanda Campbell earned her Bachelor of Arts, with a double major in history and African/African-American studies and a minor in English, from the University of Memphis in 2020. Campbell was active in the University of Memphis’ honors college, serving as a college ambassador for three years and serving on the Honors Student Organization’s executive board. Campbell’s senior thesis—based on substantial archival research—focused on four Memphis-area ministers who were involved in the 1968 sanitation workers’ strike, and Campbell was invited to present this research at two undergraduate conferences. Campbell also used this award-winning research to produce a high school history curriculum, including lesson plans and primary source materials. In addition, Campbell has been active in her local community through service on the Memphis Interfaith Coalition for Action and Hope. Campbell’s interest in the intersections of race, religion and social justice led her to pursue graduate studies at Harvard Divinity School. Ultimately, she hopes to work in higher education, helping students to see the intersections of history, religion, race and social justice. 2 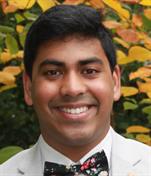 Venkata “Anish” Chaluvadi graduated from Clemson University with a Bachelor of Science in materials science and engineering. He is a Dixon Global Policy Scholar, Clemson’s first Gates-Cambridge Scholar, and has received the 2021 Norris Medal as the top all-around graduating senior from Clemson University. He is the co-founder of the Tigers for Green Innovation and served as the president of the Indian Cultural Association. He plans to “advance computational modeling for simulation-based materials property data, particularly its use in advanced energy storage technologies, and catalyze findings into new, innovative solutions.” He will be attending the University of Cambridge in the United Kingdom to pursue a Ph.D. through the nanoscience and nanotechnology program. 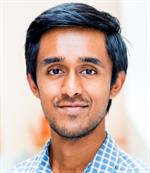 Of Sri Lankan heritage, Donald Sampath De Alwis is a graduate of the University of Maryland, College Park, and a Marcus L. Urann Fellow. He completed two challenging undergraduate majors, the first in environmental science and technology and the second in public health science. Admitted as a student to the prestigious Integrated Life Sciences Honors College at the University of Maryland, he benefited from accelerated biology, genetics and cell biology courses and completed a 240-hour research project in a wetland biogeochemistry laboratory. De Alwis studied the unique microbiology of wetlands and won a grant from the U.S. Composting Council to explore the impact of different additives on wetland health. He has delivered oral and poster presentations on toxicology and wetland microbial activity at various annual conferences and symposia. After founding The Motion Project, he led this nonprofit organization in providing educational support to physically disabled students in Sri Lanka. Other community service has included work as an emergency medical technician for a fire department and as a research analyst for the Medical Society Consortium on Climate and Health. He will attend the University of Maryland School of Medicine in Baltimore. 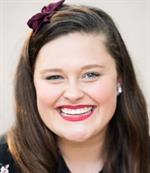 From Lexington, Kentucky, Hannah Hetzel-Ebben is a Marcus L. Urann Fellow and the recipient of the Alice and Russell True Fellowship, which honors a Phi Kappa Phi graduate undertaking an advanced degree in a science field. With a major in music (vocal performance) and minors in the biological sciences and chemistry, Hetzel-Ebben completed 190 credits at Florida State University while achieving a 3.99 GPA. She will enroll in the M.D. program at Case Western Reserve University. At FSU she pursued her dual passion for music and medicine by participating in the honors program, conducting scientific research that resulted in a co-authored publication with a professor, crafting and performing both junior and senior vocal recitals, and organizing a host of on-campus and community service. As a member of University Singers, the Tallahassee Community Chorus, and Chamber Chorus, she sang major works such as Bach’s St. John Passion; performed in FSU’s main stage opera, La Bohème; and was cast in lead roles in musical theatre shows. Setting up the Arts for Alzheimer’s project at Tallahassee Memorial Hospital and Arts for the Soul at Big Bend Hospice allowed her to provide invaluable artistic experiences to clinical populations. Her research included studies in choral music, language acquisition, child psychology and muscular biophysics. By conducting research in diverse areas, she strengthened her understanding of science and the humanities and prepared herself to become a well-rounded physician. 3 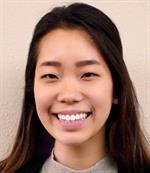 Clara Kim is a 2019 graduate of the University of Michigan where she pursued a Bachelor of Science with dual majors in cellular and molecular biology and French. While at the University of Michigan, she was in the honors program, including preparing a senior thesis—awarded honors by a faculty thesis committee—for her cellular and molecular biology major. Kim served in a variety of leadership roles on campus, including as a mentor to first-year students, serving on the pre-health advising committee, and serving as a counselor for the Michigan Math and Science Scholars summer program. Currently, she is a Post-Baccalaureate Research Fellow at the National Institutes of Dental and Craniofacial Research. She will begin dental school at the University of Michigan in the fall of 2021. 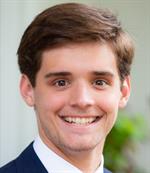 Harrison P. McKinnis graduated from the University of Mississippi with a Bachelor of Science in chemical engineering and a minor in mathematics and economics. He accomplished a GPA of 4.0 with 179 credit hours in his chosen field of study. While there, he served as an undergraduate research assistant, participating in NASA funded research which performed molecular dynamics simulations to test the viability of polymer materials and ionic liquids in Martian environments for potential exploration and colonization. He was also an honor student in the Sally McDonnell Barksdale Honors College, worked as a teaching assistant, and was the financial planner for the Freshmen Ventures program. His awards earned include the University of Mississippi Student Hall of Fame (Class of 2021), the Taylor Medal (UM School of Engineering), the Omicron Delta Kappa Freshman Leadership Award and the Paul H. Johnson Outstanding Senior in the Haley Barbour Center for Manufacturing Excellence. He has also been recognized for his community activities including serving as the vice president of The Columns Society, a member of the American Institute of Chemical Engineers, an honors ambassador at SMBHC, a peer leader at the MPower Conference and partaking in volunteer work for organizations such as the Missing Maps Organization, Oxford Food Pantry, Trees Atlanta and the Houston Food Bank. He will be pursuing his graduate studies at Cornell University. 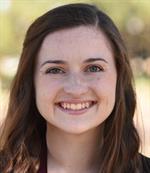 Chloe Todd is a recent graduate from Texas A&M University with a Bachelor of Science in biology. She finished with a 4.0 GPA and was a member of the university and biology honors programs. She also earned several awards, including two outstanding junior awards and three academic scholarships. After five semesters of extensive research work in the campus laboratory, she has already presented her research at symposiums. She is a leader and active student on campus with a heart for serving others, including being a peer tutor and leading at the school’s Baptist Student Ministry; off campus she has participated in multiple mission trips throughout the world, mainly working with medical teams, and she is a caregiver for geriatric patients. She will be attending Texas A&M University for her M.D.

Several of Phi Kappa Phi's Fellowships have been endowed by generous donors. To see a complete list of the Society's named fellowships and the contributors who made them possible, click here.