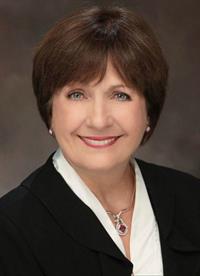 Born in 1942 in Coteau, Louisiana, Blanco attended the University of Louisiana at Lafayette. She graduated in 1964 with a bachelor’s degree in business education. She was also a member of Kappa Delta sorority. That same year, she married Raymond Blanco and began teaching business at Breaux Bridge High School. Together, the couple had four daughters and two sons.

On Jan. 12, 2004, Blanco was sworn into office as governor. The following year, she led the state through the destruction leveled by hurricanes Katrina and Rita. Also during her term as governor, she directed the single largest investment increase in education in the history of the state.

Blanco helped establish the Coastal Protection and Restoration Authority as part of the fight to protect wetlands, Louisiana’s natural barrier against storms. She also served on the National Governors Association’s Center for Best Practices board, the NGA Natural Resources Committee, and the NGA Education, Early Childhood, and Workforce Committee.

In 2018, the University of Louisiana at Lafayette established the Kathleen Babineaux Blanco Public Policy Center, which will work in public policy areas supported by Blanco during her state government career including governmental ethics, criminal justice reform, poverty and education.

In an open letter to the citizens of Louisiana in December 2017, Blanco asked for prayers and support as she faced the challenge of cancer. She recalled her time in the state House of Representatives writing, “Those early lessons led me from the Legislature, to the Public Service Commission, the Lieutenant Governor's Office and, finally, to the Governor's Office. All that was possible because you believed in me and guided me on that 24-year journey. I believed in you. I believed we could all be better than we were.”
When autocomplete results are available use up and down arrows to review and enter to select.