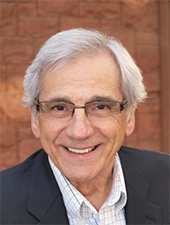 The Honor Society of Phi Kappa Phi is deeply saddened to announce the death of Past Society President Paul J. Ferlazzo on April 2. Dr. Ferlazzo, professor emeritus at Northern Arizona University, served on Phi Kappa Phi’s board of directors from 1995 to 2010.

Inducted into Phi Kappa Phi in 1975, Ferlazzo’s service for Phi Kappa Phi included terms as Western Regional Vice President from 1995 to 2001, immediately followed by three-year terms as President-Elect, President, and Past President. He also served as chair of the Ray Sylvester Distinguished Service Award Selection Committee and a member of the Awards Council during the 2012-2014 biennium.

Ferlazzo earned his Ph.D. as a National Defense Fellow at the University of Oklahoma. Before joining Northern Arizona University in 1985, Ferlazzo taught at Michigan State University, Montana State University, and held a Fulbright lectureship in Italy as well as exchange faculty positions in Germany and China. He earned distinguished teaching, research and service awards, and held a three-year Ford Foundation Grant.

“It has been a great pleasure and privilege to serve on the Board of Directors of Phi Kappa Phi,” Ferlazzo said at the close of his term as Past President in 2010. “Having the chance to visit many of our chapters and to meet with our outstanding faculty and student leaders has given me a very positive sense of the important contributions that Phi Kappa Phi makes to higher education. I look with optimism toward the future — to the growth of Phi Kappa Phi and its expanding role in promoting the life of the mind.”