Phi Kappa Phi is proud to recognize members Lars Peter Hansen and Robert J. Shiller as recipients of the 2013 Nobel Prize in Economic Sciences. Hansen and Shiller share the award with Eugene F. Fama of the University of Chicago. The three were jointly honored “for their empirical analysis of asset prices,” according to the Royal Swedish Academy of Sciences, the body that selects the winner.

“There is no way to predict the price of stocks and bonds over the next few days or weeks," said the official press release announcing the winners. “But it is quite possible to foresee the broad course of these prices over longer periods, such as the next three to five years. These findings, which might seem both surprising and contradictory, were made and analyzed by this year’s Laureates, Eugene Fama, Lars Peter Hansen and Robert Shiller.”

The award—formally known as the Sveriges Riksbank Prize in Economic Sciences in Memory of Alfred Nobel—was instituted in 1968 and first awarded in 1969. 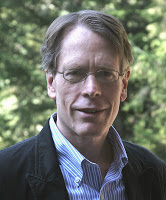 Lars Peter Hansen, the David Rockefeller Distinguished Service Professor in Economics & Statistics at the University of Chicago, was initiated into the Society at Utah State University in 1974. He received his Ph.D. in economics from the University of Minnesota in 1978. Hansen, who developed a statistical measure to test theories of asset pricing, serves as research director of the Gary Becker Milton Friedman Institute for Research in Economics. See Hansen’s biography. 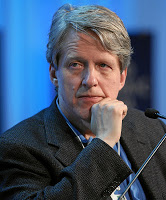 Robert J. Shiller, Sterling Professor of Economics at Yale University, was initiated into the Society at the University of Michigan in 1967. He received his Ph.D. in economics from Massachusetts Institute of Technology in 1972. Shiller, who correctly warned against bubbles in technology stocks and housing, is the co-creator of Standard & Poor’s Case-Shiller Home Price Indices, a leading measure of U.S. residential real estate prices. See Shiller’s biography.

Read more about the 2013 Nobel Prize in Economic Sciences at NobelPrize.org.