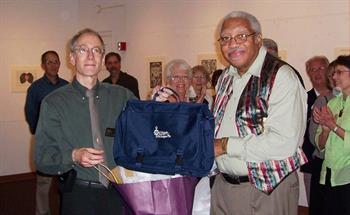 Born Nov. 14, 1934, in New Orleans, Louisiana, Marsalis began his musical career on clarinet as a child. Though he later also learned saxophone, he added piano in high school and it soon became his preferred instrument.

In 1955, Marsalis earned a B.A. in music education from Dillard University in New Orleans. Though he spent a brief period of time stationed in California with the U.S. Marine Corps, he returned to his hometown and married his wife, Delores Ferdinand.

As a music educator at the New Orleans Center for the Creative Arts, Xavier University, and University of New Orleans, he spent decades teaching and inspiring his students, including Harry Connick, Jr., Irvin Mayfield, and Terence Blanchard. Of his six sons, four followed in their father’s footsteps to become award-winning musicians as well.

The Ellis Marsalis Center for Music, the centerpiece of New Orleans’ Musicians’ Village, was named in his honor and dedicated to music and education in the area. The Musicians’ Village is a Habitat for Humanity creation developed for musicians who lost their homes to Hurricane Katrina. The Center serves as a performance, education and community venue and aims to broaden opportunities for underserved children, youth and musicians.

In 2008, Marsalis was inducted into The Louisiana Music Hall of Fame.

Upon news of his passing, New Orleans Mayor LaToya Cantrell said, “Ellis Marsalis was a legend. He was the prototype of what we mean when we talk about New Orleans jazz. He was a teacher, a father, and an icon — and words aren’t sufficient to describe the art, the joy and the wonder he showed the world.”

Although Marsalis is gone, his recorded music endures as a vivid legacy. Writing of On the First Occasion, an album the Ellis Marsalis Trio released last year, one critic noted of Marsalis that “what he achieves, from beginning to end, is a sort of quiet magic.”

It’s a beauty his fans can continue to enjoy for generations.