The Honor Society of Phi Kappa Phi currently awards fifty Fellowships of $8,500 each, six at $20,000 each, and two at $35,000 each to members entering the first year of graduate or professional study. Each active Phi Kappa Phi chapter may select one candidate from among its local applicants to compete for the Society-wide awards. 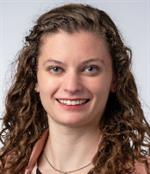 Sydney Sherman graduated from the University of Texas at Dallas where she was an honors student with the Collegium V at the Hobson Widenthal Honors College. Her undergraduate research focused on the application of polymers to treat neurological functionality affected by injury or disease. She also did summer research at the Ecole Polytechnique de Lausanne in Switzerland and at the Weil Cornell Medical School. Sherman received numerous scholarships including the Eugene McDermott Scholarship for her time at UT Dallas which is based on academic promise and leadership. In addition, she received the Ida M. Green Scholarship towards her graduate education at Massachusetts Institute of Technology and a National Science Foundation Graduate Research Fellowship. Sherman will pursue a Ph.D. in medical engineering and medical physics at MIT-Harvard. Finally, Sherman is an accomplished musician who plays piano and violin and performs with the University of Texas at Dallas Symphony Orchestra. 1 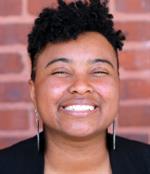 Glenesha Berryman earned a Bachelor of Arts in English with a second major in Great Books from East Carolina University. As a member of the EC Scholars Program, Berryman studied abroad in Cuba and spent a summer studying at Columbia University as a Leadership Alliance Mellon Initiative Scholar. On campus, Berryman founded the university’s Black Read-In, an annual lecture and open mic series celebrating the Black literary tradition. She also started her own talk radio show—A Seat in the Booth, a weekly opportunity for artists and activists to debate current issues—on the campus station. An active volunteer, Berryman spent a summer in Austin, Texas, as an AmeriCorps Summer Teaching Fellow, where she taught sixth grade English to low-income students. She has also taught English as a second language in local health clinics and migrant farm camps. Berryman’s passion for Black feminist thought shaped her senior honors thesis, a collection of creative nonfiction essays and collages entitled “Coming of Rage—A Manifesto.” Berryman will pursue a Ph.D. in American culture at the University of Michigan, where she will work on histories of race and technology. 2 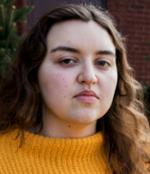 Mackenzie Berry graduated from the University of Wisconsin-Madison with a B.A. in English-Creative Writing and a certificate in Afro-American Studies. At the university, Berry’s honors included the First Wave Hip Hop and Urban Arts Scholarship, a Wisconsin Idea Fellowship, a Sophomore Research Fellowship, and a Public Humanities HEX-U Fellowship. In her hometown of Louisville, Kentucky, Berry was the founder and executive director of Young Poets of Louisville, a nonprofit which provides writing workshops, poetry slams, and funding for poets’ projects. As part of her work with UW - Madison’s College of Letters and Science Honors Program, Berry did research on the ethics of translation and translated Pashtun poems into English. As part of her senior honors thesis, Berry wrote about the argument of her documentary film, The Louisville Lip: MC Muhammad Ali, for which she received an Arts as Activism grant from the Kentucky Foundation for Women, among others. Berry will pursue her M.A. in race, media, and social justice at Goldsmiths, University of London. 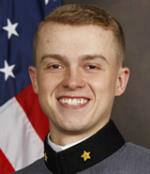 David Bindon graduated from the United States Military Academy in 2019 with a degree in mechanical engineering and plans to pursue graduate studies in economics and philosophy at the London School of Economics and Political Science. He aims to become a military officer who is educated in more human-based problems with the goal of applying understanding of a problem from a non-technical perspective. With his combined engineering and military education, the degree in economics will provide him with the broader foundation and the space to reflect on the vast moral complexities of a career in the military service to a global world. This academic content integration reflects the cross-disciplinary approach and a future orientation needed for current and future problem-solving. 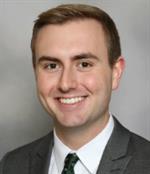 Michael Seth Flynn draws upon his memories of gardening with his grandmother as motivation for his pursuit of a career in geriatric medicine. Flynn is a graduate of the University of North Carolina at Charlotte where he participated in the Honors in Biological Science Program while earning a Bachelor of Science in biology and a Bachelor of Arts in chemistry. He was a Levine Scholar, participated in the National Outdoor Leadership School, and was declared a Charlotte Everyday Hero by Spectrum News for his work on a grant project for home for seniors. He served the Charlotte area by volunteering more than 1,000 hours at the Brookdale Charlotte Senior East Living Center, the Charlotte Region Hospice and Palliative Care Center, the Charlotte Community Health Clinic, and Habitat for Humanity. In addition to his lab work at the University of North Carolina Charlotte, Flynn was selected to participate in a summer research experience for undergraduates at the University of North Carolina at Chapel Hill where he contributed to research on blood coagulation investigations. Flynn intends to pursue his medical training through the Duke University School of Medicine. 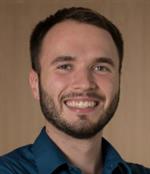 Nathaniel Henry is a graduate of The Ohio State University where he earned his Bachelor of Science degree in geographic information science with honors research distinction. Henry’s experience includes work with students in India developing business models for a women’s stitching cooperative, research that modeled the impact of Boko Haram on the economy of the Logone floodplain in Cameroon, and a summer at the University of California in the NSF Spatiotemporal Innovation Center. While studying in China, Henry worked at the Beijing School for the Blind as an English teaching assistant. His work as an Azavea Summer of Maps Fellow addressed poverty and social issues in Philadelphia and Detroit. He also worked with the Greenland Dark Snow project. As a professional, Henry developed models intended to provide a positive impact on global health spending through his work with the Institute for Health Metrics and Evaluation. Henry was a Boren Scholar and was awarded a Foreign Language and Area Studies STEM Scholarship. He plans to attend Oxford University where he will pursue graduate research through the Malaria Atlas Project. Ultimately, he plans to earn a Clinical Medicine Ph.D. in epidemiology and global health.3 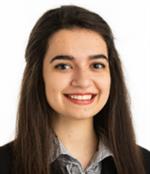 Celine Schreidah graduated from the honors program at the University of Toledo (Ohio) with a degree in biochemistry. Her thesis focused on inhibitors Mycobacterium tuberculosis. In particular, her studies focused on RV 3802, a potential target against this pathogen. Her work resulted in one publication in the prestigious Journal of Biological Chemistry and also in the recording of a new structure in the Protein Data Bank for access by the scientific community. She applied and has been accepted to several medical schools including Columbia University Vagelos College of Physicians and Surgeons, University of Cincinnati, and University of Toledo College of Medicine and Life Sciences. 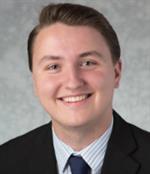 Scott St. Louis will pursue his Master of Science in Information at University of Michigan at Ann Arbor and will specialize in the digital curation and preservation of historical artifacts and documents. While earning his bachelor’s degree in history with minors in political science and French, St. Louis received several awards for academic excellence and service to the university. He gained practical experience through internships including work at the Smithsonian and Grand Valley State University Archives. After being hired to digitize a special collection by Colonel Ralph W. Hauenstein, he was appointed as Program Manager for the National Endowment for the Humanities Common Ground Initiative at the Hauenstein Center. St. Louis also has published two refereed journal articles and a magazine article about the numismatic representations of the World’s Fair of 1939-1940, in addition to making several research presentations. As he earns his master’s degree, he will dedicate himself to using technology to improve access to digital sources.

Several of Phi Kappa Phi's Fellowships have been endowed by generous donors. Below is a list that details the Society's named fellowships and the contributors who made them possible:

1 1897 Fellow - The top-scoring applicant in a STEM discipline will be named the 1897 Fellow. Created in 2018, the award recognizes the year the Society was founded at the University of Maine.

4 The Agatha Huepenbecker Burnet Fellow - Established in 2015, this fellowship honors the memory of Agatha Huepenbecker Burnet, a dedicated chapter officer who served the Society in leadership roles at the national, regional and chapter levels. Burnet taught textiles and clothing at Iowa State University from 1956 until her retirement in 1993. The fellowship is awarded to a top-ranking nominee in any discipline.

5 Alfred M. Wolfe Fellow - William J. Wolfe, an initiate of the University of Arizona chapter, donated funds to establish the Alfred M. Wolfe Fellowship to pay tribute to his grandfather, the first member of his family to receive a college degree in 1897, the year of the Society's founding. Created in 2004, the fellowship goes to a top-ranking nominee majoring in agriculture, classical Latin/ancient Greek, or English.

7 Kathleen Greey Fellow - Created in 2001, this fellowship honors the memory of Greey, a longtime chapter officer at Portland State University and an education librarian, who provided for the fellowship in her estate plan. Preference is given to a nominee whose undergraduate field is other than the basic sciences.

8 Marjorie Schoch Fellow - This fellowship celebrates a top-ranking nominee in any discipline. Schoch earned a B.A. in political science from Butler University in 1938 and a master of library science from University of Illinois in 1944. A lifelong supporter of her Butler chapter and Phi Kappa Phi, the fellowship in her honor began in 2004.

9 Ruth E. Brasher Fellow - Brasher, Professor Emerita at Brigham Young University, served for nine years as Director of Fellowships at the Society. Established in 1998, her planned gift endows a fellowship awarded to a nominee from BYU. If there is no recipient from this chapter, preference is given to an applicant whose record of service is exceptional and/or whose undergraduate major is domestic and family science.

10 Slater Fellow - In 1985, on his 95th birthday, James R. Slater, emeritus professor of biology at University of Puget Sound, became the first member of the Society to endow a fellowship in the donor's own name. Preference is given to the top scorer whose undergraduate field is in the biological sciences.

11 Walter & Adelheid Hohenstein Fellows - The late Walter Hohenstein, a former national president of Phi Kappa Phi, and his wife Adelheid, bequeathed funds to establish scholarships that bear their names. First awarded in 2004, the six Hohenstein Fellowships go to the top-ranking nominee in each of the Society's five divisions and, if applicable, to a recipient from University of Maryland.

12 Yoerger Presidential Fellow - This fellowship, established in 2001 as a result of the generosity of Past National President Roger Yoerger, is awarded each year to a student in one of the basic science disciplines (i.e., engineering, agriculture) rather than law or medicine.