Keep Your Eyes on the Road 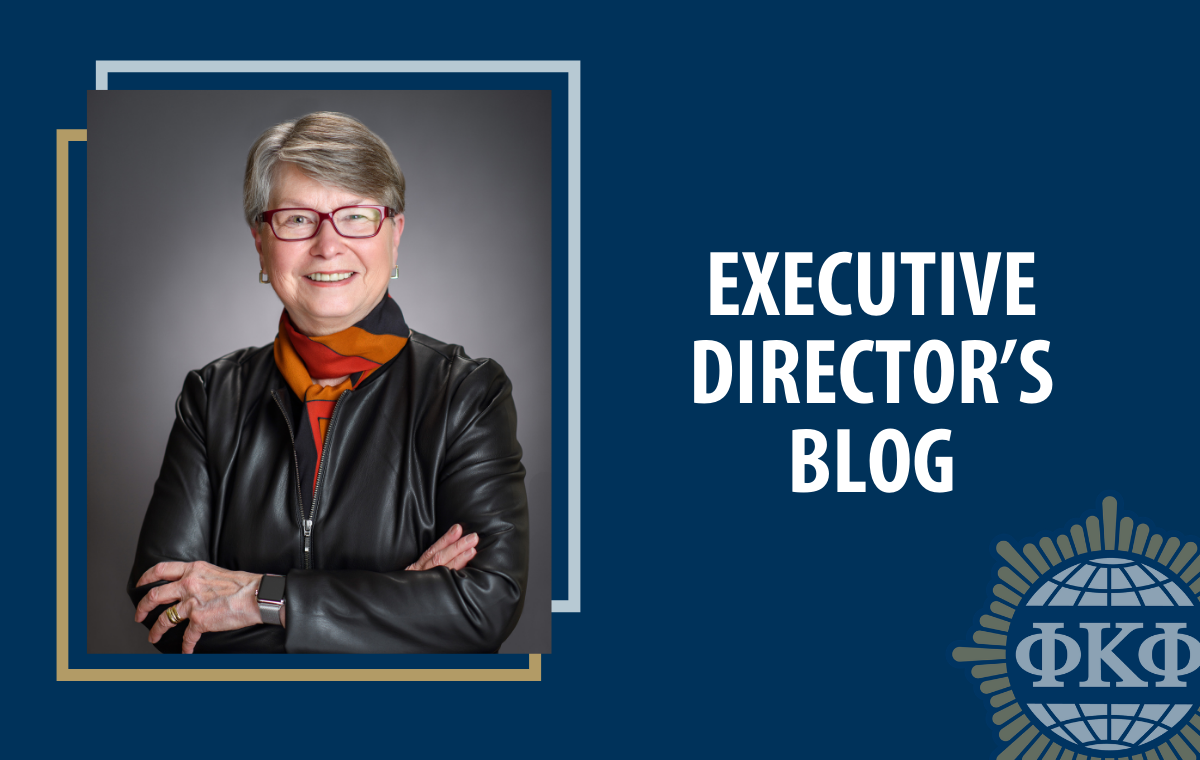 This is the thirty-fourth column I have written as executive director, and readers who take time to visit this space know I frequently refer to my discipline of history, which always informs my worldview and thought processes.

History is not the same as hindsight. Merriam-Webster defines hindsight as “perception of the nature of an event after it has happened.” Most often the term is used by people reflecting on an outcome they had not foreseen but wish they’d considered. In that case, hindsight carries an implication of regret. “Oh, if I’d only known what I know now. . . .”

There’s a reason our cars are equipped with rearview mirrors: so we can pay attention to what is behind us on the road or as we are backing up. But it’s obvious we can’t drive well if we’re always looking in the mirror to see where we’ve been. So even while making a case for knowing history, I’d prefer here to make a case for foresight.

What do we mean by foresight? Clearly we have no crystal ball, if there even was such a means of seeing into the future. Nor do most of us consult psychics. Let’s again go to the reference shelf and look in the dictionary, which defines foresight as “the ability to predict or the action of predicting what will happen or be needed in the future.”

For an organization like our honor society, predicting what will happen is directly tied to trends in higher education. We have known for a few years the rather dire prediction of what’s come to be known as “the cliff” — a decline in college enrollments of up to fifteen percent by 2025. Such decline, which has already begun, will have clear impact on the number of students eligible for Phi Kappa Phi membership in the near future. And so we must factor that reality into our enrollment and revenue projections for the next decade.

But look again at the definition, which speaks not only of what will happen but of what will be needed as we consider possible futures. Yes, plural, meaning envisioning possible scenarios, or what-ifs. (By the way, historians really dislike what-ifs about past events, because the answer has to be, we don’t know!)

Foresight involves critical thinking, environmental scanning, strategic analysis, and agility. As The Honor Society of Phi Kappa Phi nears its 125th anniversary in 2022, what questions does it need to ask itself? What might be considered desirable futures post-COVID-19? While it’s obviously a disruption, some nonprofit leaders think the virus may become an impetus for fresh thinking, even strategic transformation.

New drivers are always told to keep their eyes on the road, avoid distractions, yet remember to look in the rearview mirror from time to time. Established organizations would be wise to do the same, as our history informs our future.

One word I have used repeatedly since March is uncertainty. I look forward to replacing it with one of my favorite words: possibility. Onward. 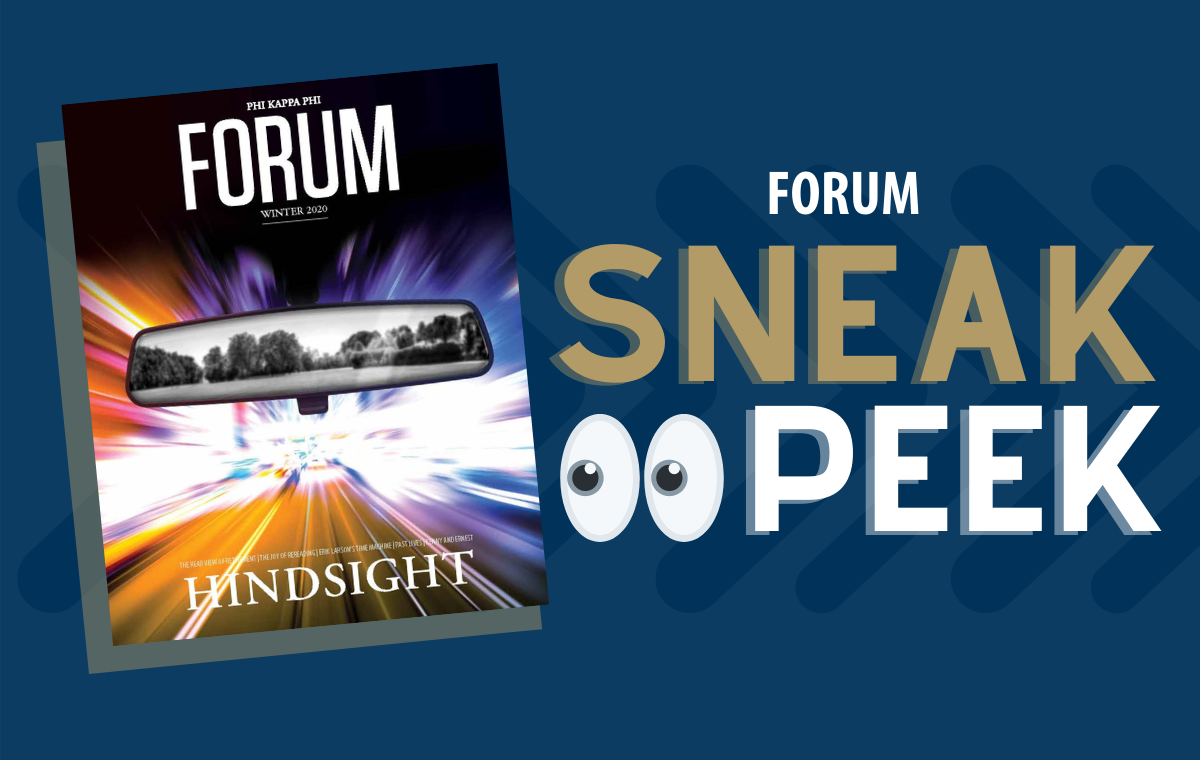 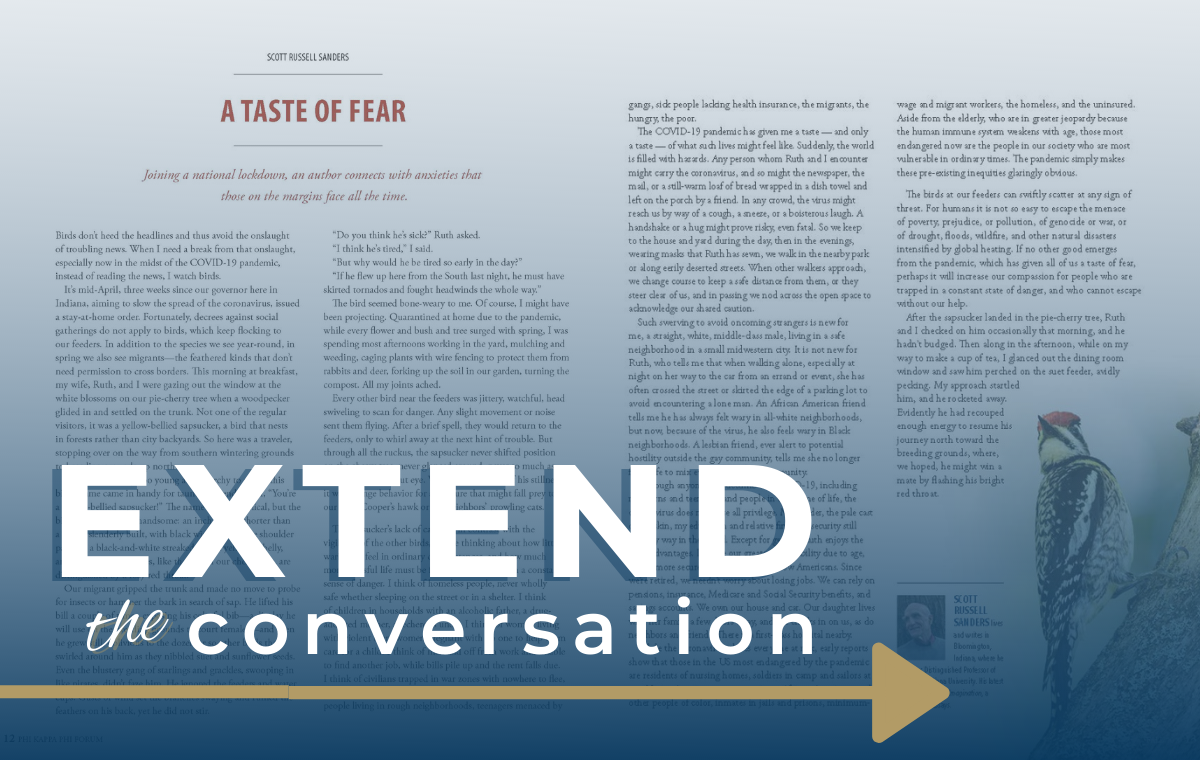