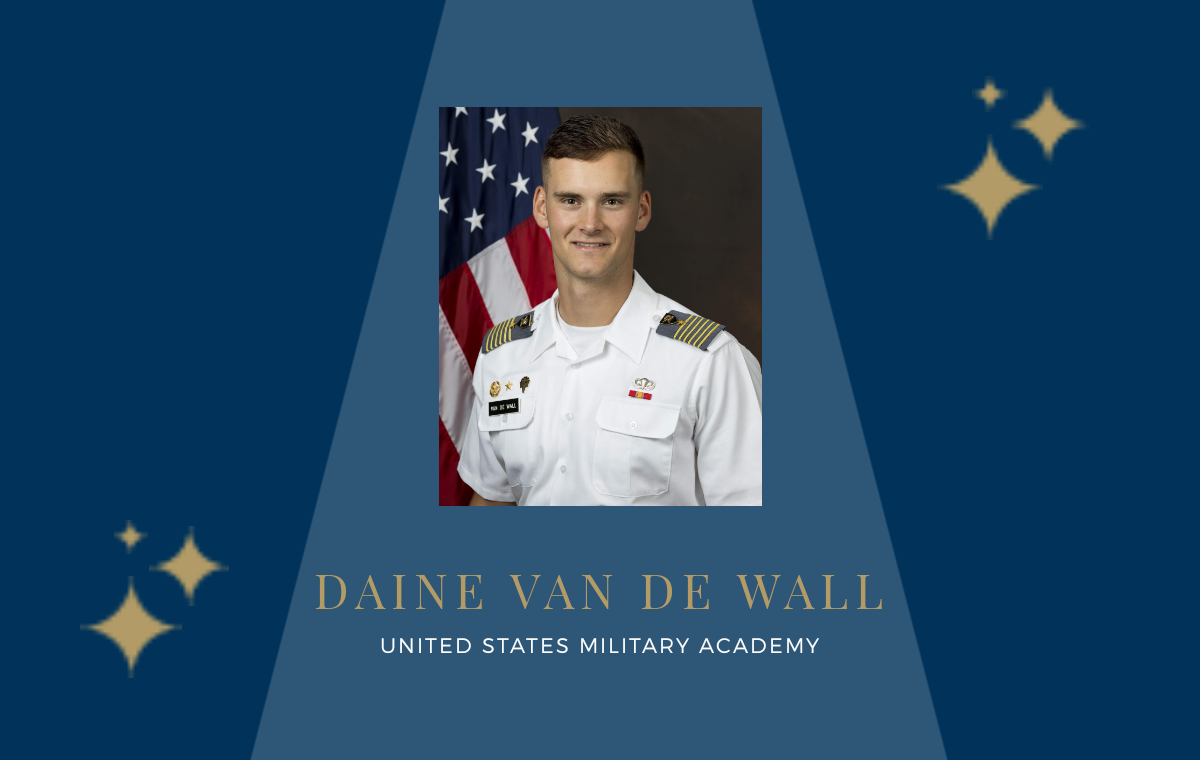 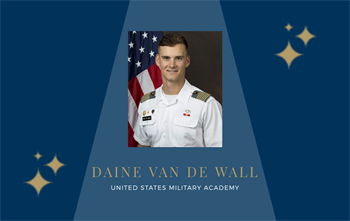 A native of Glenelg, Maryland, Daine Van De Wall grew up near the United States Naval Academy and was drawn to the midshipmen uniform throughout his childhood. After learning about ROTC opportunities from a neighbor, Daine enrolled in the University of Florida in 2015 and began his ROTC experience. “I thrived in an environment with like-minded individuals who pushed themselves to get better every single day,” he said.

Seeing his potential, an ROTC professor recommended Daine apply to the United States Military Academy at West Point. He was accepted and was initiated into Phi Kappa Phi during his junior year. In 2019, he was selected to serve as First Captain, the highest-ranking cadet in charge of more than 4,400 cadets. Through this role, Daine influenced a variety of aspects, including sexual assault and harassment prevention, mental health awareness and public outreach. In May 2020, Daine was commissioned as a Second Lieutenant in the U.S. Army and graduated with a bachelor's degree in systems and decision sciences in June.

In addition to numerous awards and scholarships, Daine was named a 2020 Rhodes Scholar and will continue his education at Magdalen College at the University of Oxford where he plans to study global governance, diplomacy and public policy. Upon completion of his studies, Daine will serve as an infantry officer and hopes to combine his military background with his interests in conflict studies to help shape U.S. foreign policy in the future.

Let’s get to know Daine!


To learn more about Daine and connect, visit his profile within our online member community, here.