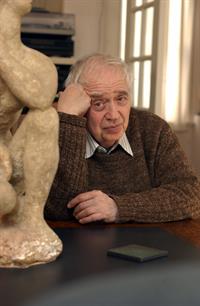 Harold Bloom (Cornell University), 89, died Oct. 14. He was a best-selling literary critic who also taught at Yale University and was a Phi Kappa Phi Fellow in 1951.

Bloom, who was born in New York City, received his Bachelor of Arts at Cornell where he was initiated into The Honor Society of Phi Kappa Phi and named a Phi Kappa Phi Fellow in 1951. He received his Ph.D. from Yale University and taught there until days before his death.

As a literary critic, he often argued for the literary superiority of Western white, male giants like Shakespeare, over writers he called “the School of Resentment,” which often meant multiculturalists, Marxists, feminists, and neoconservatives.

“To a rather considerable extent, literary studies have been replaced by that incredible absurdity called cultural studies which, as far as I can tell, are neither cultural nor are they studies,” he told The Atlantic in 2003. “But there has always been an arrogance, I think, of the semi-learned.”

In 1985, Bloom was named a MacArthur Fellow, a program often called the “Genius Grant.” The MacArthur Foundation noted that “his work has evolved beyond the conventional boundaries of literary criticism, incorporating psychoanalytic theory, the history of religion, and Jewish and American studies.”

He was the author of such books as The Western Canon, The Anatomy of Influence, Genius: A Mosaic of One Hundred Exemplary Creative Minds, Shakespeare: The Invention of the Human, and, most recently, Possessed by Memory: The Inward Light of Criticism.