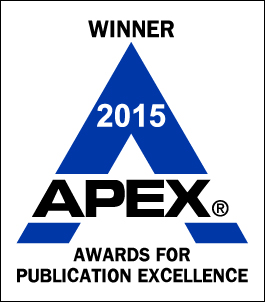 The Honor Society of Phi Kappa Phi recently earned three national awards in the Annual APEX Awards for Publication Excellence. APEX awards, now in its 27th year, are based on excellence in graphic design, editorial content and overall communications excellence.

Phi Kappa Phi Forum, the Society’s flagship publication, garnered a Grand Award, the highest prize, in the Magazines, Journals & Tabloids category. The spring 2014 edition—“Faith”—received the award. Only 82 Grand Awards were given out of nearly 1,900 total submissions.

In addition to the Grand Award, the summer 2014 edition—“Honor”—won an Award of Excellence in the Magazine, Journals & Tabloids Writing category.

“We are honored to be recognized in the APEX competition for the seventh straight year,” said Phi Kappa Phi Chief Marketing Officer Traci Navarre. “These awards, decided by experts in the communications field, celebrate our continued efforts to provide publications that both inform and engage the Society’s members.”